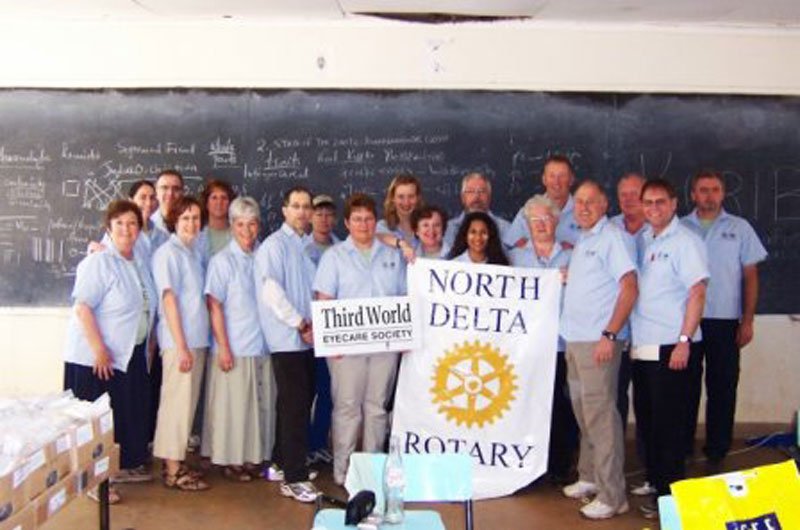 On January 12,2006 our team of 19 volunteers left Canada for an Eyecare Project in Kenya. This was organized through a non-profit organization called Third World Eye Care Society with team members paying their own transportation and lodging costs. After a grueling flight through Amsterdam and Nairobi Marie MacKay, a volunteer nurse from Canada, met us in Kisumu. She met us with a bus donated by the Western University College of Science and Technology (W.U.C.S.T.) for our transportation while in Kakamega. Our 29 boxes of equipment and eyeglasses were following us up by courier since the plane from Nairobi to Kisumu was not big enough to accommodate them. We had a day to get caught up on our sleep and get ourselves organized. That was not a big job since our carry-on allowance was all we were able to bring with us for our personal needs for the next 3 weeks.

Professor Sigot, one of the vice principals at the University was an enormous help to us. She and Professor Wangila, the principal allowed us to disrupt the normal routine of the university for 10 days while we set up and ran our clinic. This required a tented area for case history and pre-screening as well as an area for auto-refracting. There were also 5 examination rooms required for the final eye examinations and eye health assessments. These spaces were the offices of the professors from the university. Another large classroom was required for setting up our dispensary where we organized the 10,000 pair of donated prescription eyeglasses we had brought with us. As patients came to the dispensary with their prescription we were able to match that with the eyeglasses from our inventory.

This whole procedure necessitated allowing several thousand people per day on to the campus. We were not able to see all the people who came but they just lined up and hoped we could see as many as possible. At the end of this first clinic we had seen approximately 2500 people. It is always sad to leave a clinic such as this because there were so many people we were unable to see, many of whom had lined up for several days but had not managed to be seen. We put in long, very productive days but cannot see everyone. The need is very great. The Rotary Club of Kakamega invited us to attend their monthly dinner meeting where Rotarians presented several Paul Harris Fellowship Awards from British Columbia.

Our donated university bus picked us up early on January 25th and transported us to the airport in Kisumu. Once again, our boxes, now depleted to 24, were not taken with us; they had to be transported to Nairobi by Securicor. Professor Sigot came with us to the Securicor office to ensure we were given a very fair price and the cost for 5 boxes less than on the way up was about half. She had a lot of influence since the university employs Securicor frequently.

Upon arriving in Nairobi we were met by 3 vans and the team did ?Nairobi in a Day? on the tour circuit. We visited the Elephant Orphanage, Giraffe Manor, The Karen Blixen Estate where ?Out of Africa? was filmed and saw a performance at the Bomas of Kenya. It was a whirlwind day but was wonderful.

We spent the next 3 nights at the United Club of Kenya, a hostel-like residence for traveling business people. It was just what we needed; very reasonably priced with a very substantial breakfast. The Rotary Club of Nairobi kindly donated a very flashy bus for our transportation to and from our next clinic on the outskirts of Nairobi in Cura. It was about 45 minutes each way so we needed an early start each day.

The first day there was Market Day so attendance was a bit lower than expected and the word had not spread yet. We still managed to examine 350 people, many of them school children from the surrounding area and several of them benefiting hugely from very large prescriptions. By the second day there was a line-up when we arrived and once again we had to turn many away by the end of the day. By the time we arrived on our final day there were more in the line-up than we could examine. We explained that we were sorry but many waited all day in the hope we would be able to see just a few more. The Rotary Club of Nairobi had arranged this clinic at the site of a newly opened orphanage for Aids Orphans on property donated by the Anglican Church there. It was a wonderful location and we were able to maximize our productivity since lunches were arranged and delivered to us. We paid for them but did not have to leave the site and could keep our breaks as short as possible.

We had seen almost 4000 people and dispensed over 3000 pair of eyeglasses as well as much needed medications. These were people who could not afford eye care; including professors, teachers and health care workers, and would never be able to pay for prescription eyeglasses. Only the rich can afford these luxuries in Kenya.

Our bus delivered us back to Nairobi and ultimately back to the airport when we headed for home, weary but satisfied that we had accomplished a great deal in a short period.

As with all our projects the team members receive as much gratification as the patients we see.. 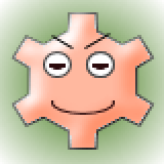 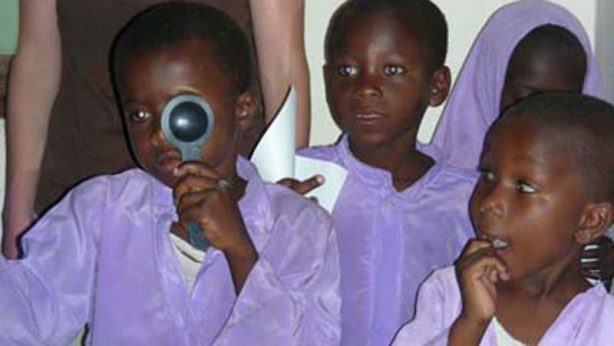